into a Student Playground – One book at a time 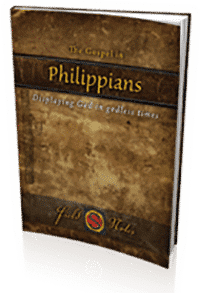 In 2008, Sacra Script Ministries—derived from the Latin phrase for sacred Scripture—began addressing grave concerns about the state of the church and the lack of knowledge that many professing Christians have about their faith, Scripture, and the God they worship. Sixty percent of Americans can’t name even five of the Ten Commandments, according to data from a recent Barna Research Group study. “No wonder people break the Ten Commandments all the time. They don’t know what they are,” said George Barna. “The bottom line? “Increasingly, America is biblically illiterate.” “We realized that many people did not have a grasp of Scripture and that there were very few materials available to understand individual passages within the overall story of Scripture,” said Rhome van Dyck, one of Sacra Script Ministries’ founders, who co-wrote Philippians and holds a Th.M. in Historical Theology. “Unlike Bible studies designed to push the Bible forward into today’s context, our mission is to transport students of the Bible back to the culture and time period of the Bible, by illuminating the original meaning and connecting the central message of the person and work of Christ,” van Dyck said. “We studied the Scriptures to determine how God teaches us and how we learn best from Him. Jesus taught using objects, humor, and word-play that shook things up for His students. It is our desire to pattern our methodology after Him.” Not unlike the rich tapestry of people that God inspired to write the biblical scriptures, Sacra Script’s international team represents a colorful fabric of seminary-trained contributors with various specialties, including biblical narrative analysis, educational methodology, biblical and ecclesiastical history, technology, and professional media production.

Many different tools are included in the beautifully bound books to help readers understand God’s Word. Field Notes throughout the book contain detailed written explanations, outlines, word studies, pictures, notes, illustrations, maps and timelines in order to capture the meaning. Just in time for summer reading, Philippians: Displaying God in Godless Times delivers a sobering reminder for Christian readers that the pressure of living for God within a pagan world is not new. In his letter, Paul encourages the Philippians to live out their lives as citizens of heaven, evidenced by a growing commitment to serve God by serving one another. This way of life that Paul encourages is manifested uniquely in Jesus Christ. Van Dyck concluded, “Today, we face the same challenge between representing God on earth and being absorbed into society’s way of life.”

Based in Plano, Texas, Sacra Script Ministries is a 501(c)(3) organization that addresses the biblical needs of the Church by equipping the Body of Christ with excellent Bible studies that convert content into meaning. For more information about Sacra Script Ministries, please visit: http://www.sacrascript.org/